How to Navigate Finances in Relationships with Scott Milnes, Ep 11 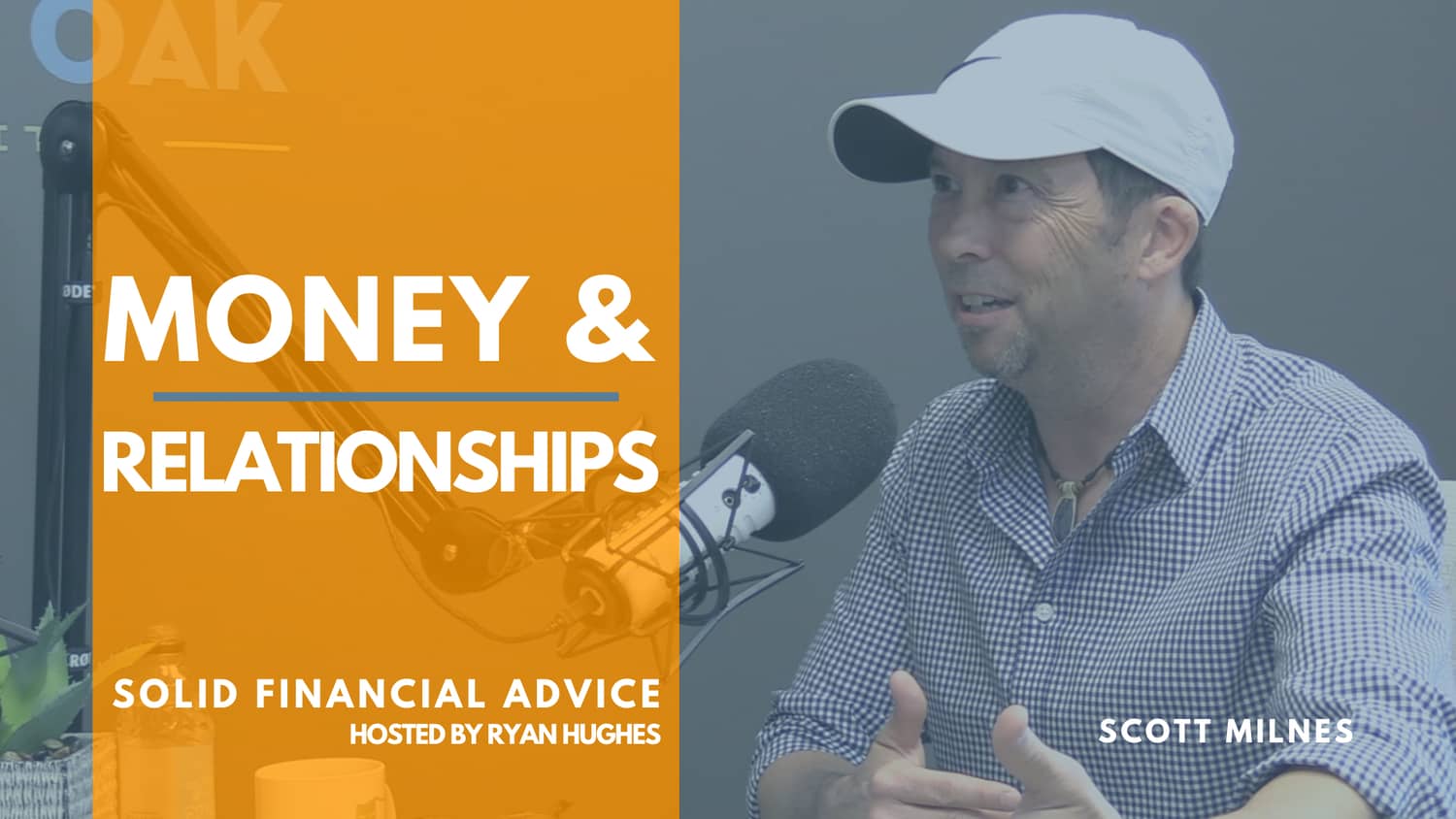 Finances in relationships can be a large source of stress and conflict, especially during market downturns. Developing a budget and deciding where money is or isn’t spent isn’t an easy conversation to navigate. Scott Milnes specializes in helping couples navigate conflict, create the life they’ve imagined, and recovering from divorce. After a divorce at the young age of 29—and dealing with a heart-wrenching breakup years later—he knew something needed to change. Listen to this episode as we discuss how his past influenced his future, financial infidelity, prenuptial agreements, and much more.

Before Scott started The Great Relationship Academy, he ran a divorce recovery ministry, “Healing from Heartache”. He found that couples come off the rails in one of two ways: quantity and control. Quantity is as it sounds—the couples perhaps didn’t have a high-enough income to cover expenses and it is a source of friction. However, he found that the larger issue wasn’t how much money was being made, but how it was being controlled.

For couples who were in complete agreement with how they managed their money, it didn’t matter how much of it they had. They were on the same page. Some other couples with all the money in the world—but no plan in place to manage their assets—weren’t even in the same book. They had no plan, no control, and while they had the necessary income, it caused unnecessary friction.

He notes that regardless of the outcome, “Spouses just want to be included in the ongoing conversation about how we’re controlling these assets”. Keep listening to hear how he helps couples gauge financial compatibility in his academy.

It is important—regardless of how much money you make—to align with your spouse/significant other on your budget and your goals. Take some time at the beginning of your relationship or marriage to discuss a general direction you want to take and where your money will be allocated.

Something that Scott and his wife do that he highly recommends is having a joint checking account for expenses—think house payment, car payments, groceries, etc. They allocate 50% of their personal net income to a joint account. The other 50% goes into their personal discretionary accounts.

Scott uses it to pay for his motorcycle, which is his “toy” and not necessarily a necessity. He’ll also use it for nights out with friends or anything where his wife isn’t directly involved. It is a simple yet effective tool that helps you prevent conflict. You each control what’s done with your own money, and have a plan in place to cover expenses together.

Should you get a prenuptial agreement?

Anyone getting married for the first time doesn’t want to think about getting a prenup. After all, their marriage will be “forever”. But someone who has never been married doesn’t have the experiential knowledge to make that decision. Scott is all for prenups for a simple reason—it makes divorce an emotional choice, not a financial decision.

The blunt fact is that 50% of first marriages end in divorce, and the statistics are even worse for second marriages. You cannot be naive about this decision. If you’re young and have no assets to bring to the table, perhaps a prenup doesn’t make sense. But if you have assets built up, perhaps it’s worth considering where those assets will go after 5 or 10 years of marriage. It benefits all parties involved—including future children.

Scott gets that it isn’t a romantic discussion—but it is planning for your future. Good people meet, get married, and grow apart and it isn’t always someone’s fault. A prenup helps facilitate a smooth process that doesn’t end with lawyers and walking away with less than you both deserve.

How to get back on your feet financially

I asked Scott to share some of his thoughts—for those who are recently divorced—on how to get back on your feet financially. It’s so easy to fall into destructive habits after dealing with the emotional roller coaster that divorce can be. So what should you do?

Scott notes that you must be patient with the process. You are in a phase where you have to rediscover who you are and reinvent yourself. You have a chance for a bigger, better, and brighter life.

Listen to the whole episode for details on who Scott is, what he does, resources he recommends, and how to implement proper financial planning into your relationship.

Subscribe to Solid Financial Advice on the platform of your choice